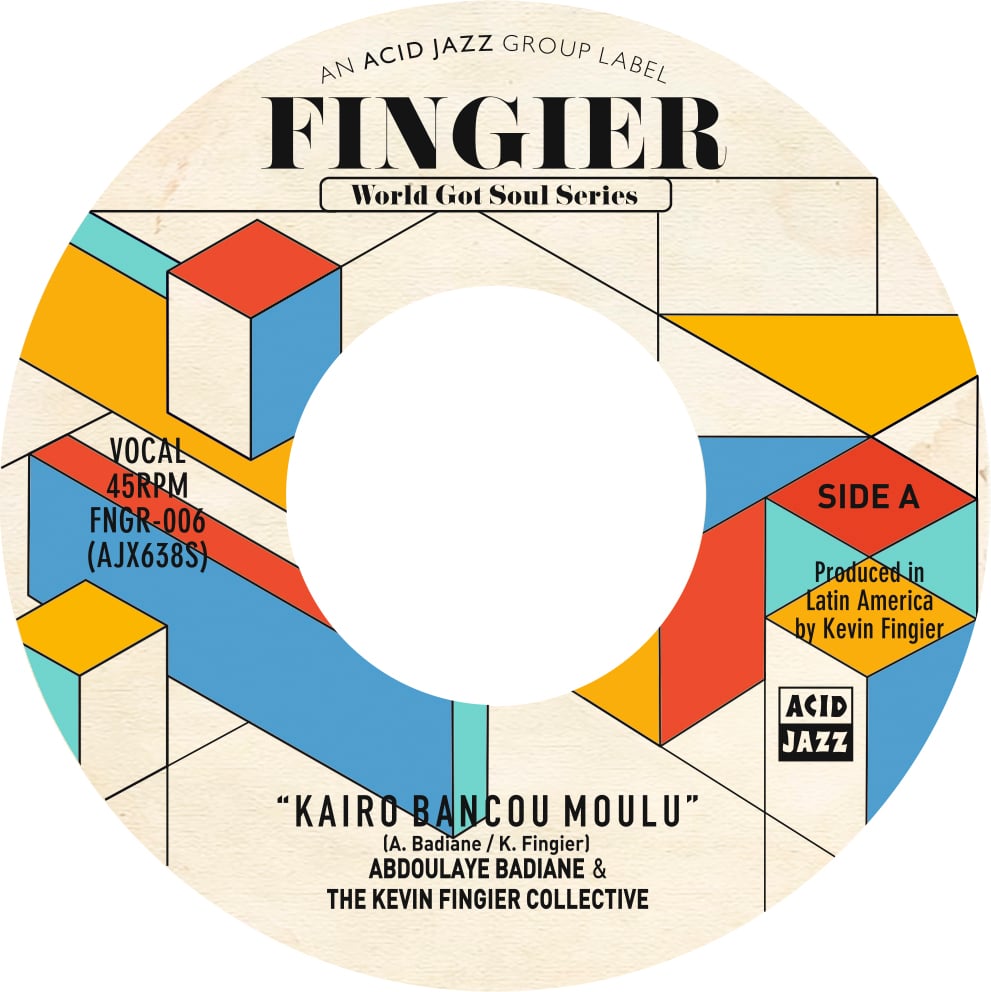 In 2021 Fingier Records launched its series called World Got Soul. A series to release Soul, Funk and Jazz mixed with traditional music from around the globe.

For this second release, which is the 6th from Fingier Records, the Argentinian producer Kevin Fingier has created two killer African Funk tracks and introduces us to the new singer signed to the label: The incredible Abdoulaye Badiane.

The singer from Senegal, based in Argentina, has been teaching and performing African music around the world in the last 20 years, and now he's joining forces with Kevin Fingier to mix his traditional music with Fingier's Funk grooves.

On the A side we have 'Kairo Bancou Moulu', a killer African Funk where you can hear the Nigerian Funk influence, mixed with the 60's Soul and Funk sound that we've become so accustomed to hearing from The Kevin Fingier Collective. The Synths, the hypnotic guitars, the percussion and Abdoulaye's voice makes this a unique Fingier Records single, that could have been an early 70's African Record recently discovered.

And on the B side we have 'Addis Ababa' an Ethio-Funk Bomb, so Jazzy, so groovy and totally cinematic, this track has everything you'd expect from an Ethiopian Jazz influenced Raw Funk, kind of like Mulatu Astatke meets Dave Hamilton. Killer solos, flute and Hammond Organ.

Abdoulaye Badiane & The Kevin Fingier Collective's new single will be out April 1st and the release is very limited, so get yours before it's too late!