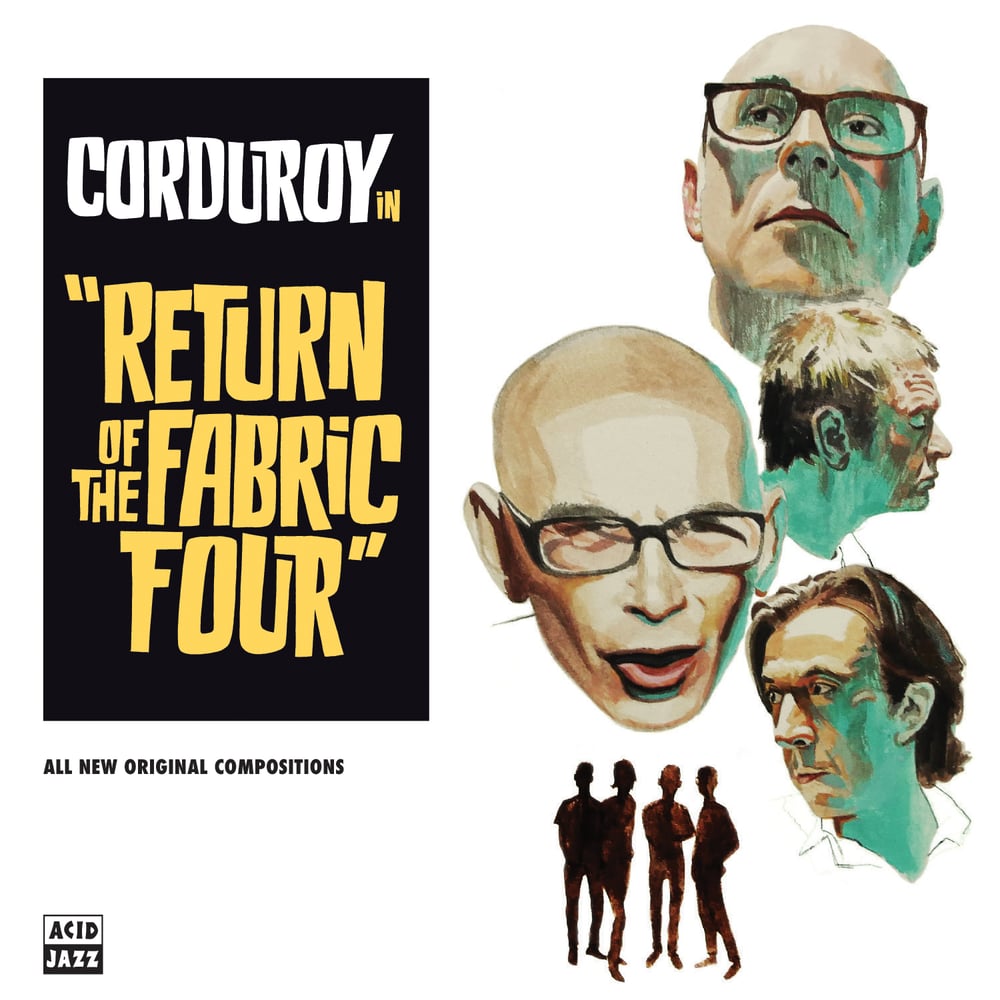 Return Of The Fabric Four is the first new recording in 18 years by original Acid Jazz heroes Corduroy. They are straight back in the groove trading on the influences that made them such a totem in the high days of Acid Jazz and the early days of brit-pop. A heady mix of swinging sixties soundtracks, pop art imagery and a touch of the Who.

Formed in 1991 out of the ashes of cult heroes Boys Wonder, they made three increasingly brilliant albums on Acid Jazz and wowed audiences the world over for the rest of the decade.

The new album captures all of that musical drama and enjoyment over 12 new songs recorded in South London towards the end of 2017. Sounding like they's never been away 'Magic Mountain' - which comes with a mad animated video - and the title track could also come from some lost cult movie. 'Saturday Club' will have you stomping around your room, looking for a pinball machine!

Watch out for the band playing live at various festivals and venues throughout the summer of 2017.