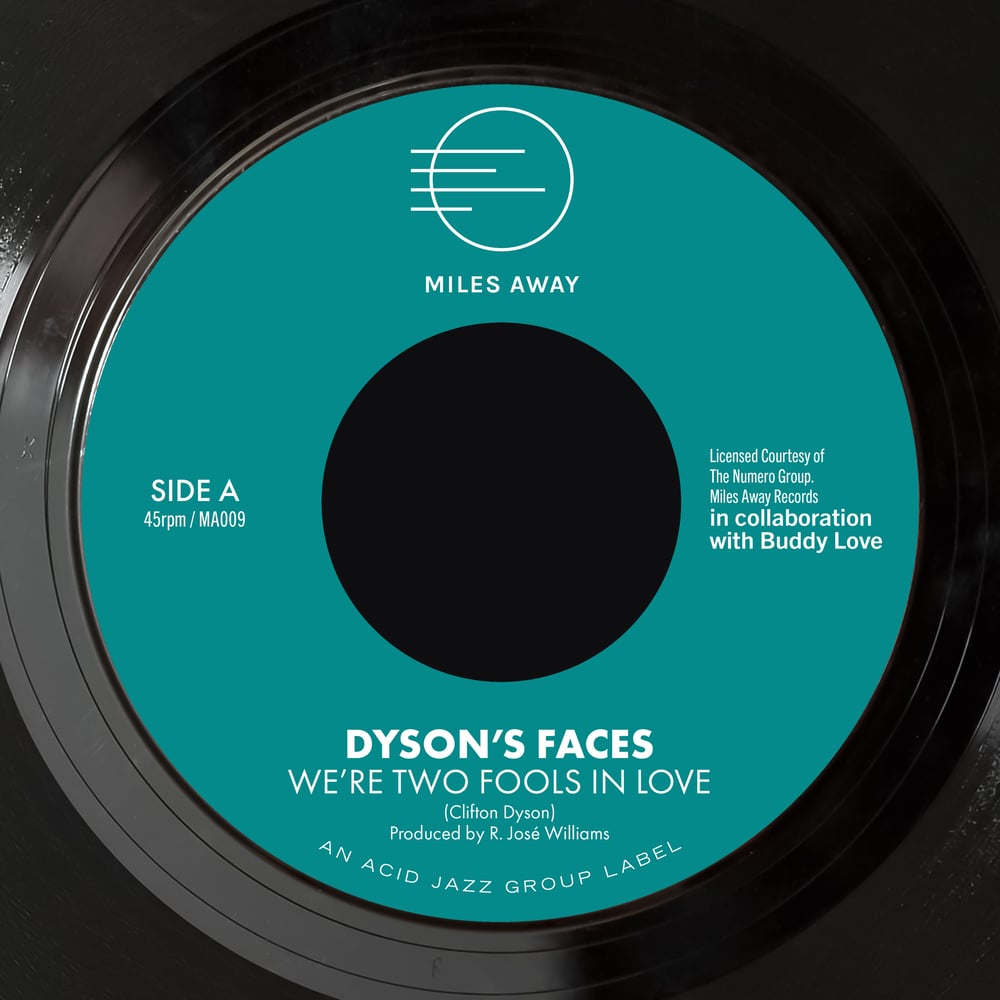 Subsidiary label Miles Away Records continue their wonderful series of 7” vinyl reissues with this beautiful new 45 by Dyson’s Faces.

Dyson’s Faces released two album’s worth of incredible underground soul that has long convinced us that the band should’ve been icons of 70’s soul. A sound that combines a soaring mix of male and female harmonies, tight backing band and wonderful strings - reminding us of the likes of The Voices of East Harlem.

The story of Dyson’s Faces traces back to a small group called The Differences. Headed up by one Clifton Dyson (younger brother of Ronnie Dyson), he recruited three Durham, North Carolina, vocalists; together they released just one 45 - entitled Five Minutes on the Mon’ca Records imprint in 1971. A proper crossover anthem.

It was during this recording that Clifton came to work with the talented arranger Eddie Drennon who would introduce Clifton to producer Jose Williams and the two laid down the basics of Clifton debut LP. Without a name for the band, Williams suggested Dyson’s Faces to reflect the ever-evolving background players Clifton was using. And in fact, many of the original players on the albums remain unknown. Confusingly another album was released with the same title some years later and includes some of the original tracks from the first album.

Fast forward to the present-day and it was good friend of Miles Away and fantastic DJ - Buddy Love, who got in touch and recommended to give these tracks another little listen. After enjoying both albums Dom at Miles Away lovingly cherry-picked two tracks and we are delighted to now release them for the very first time on a 45 in the Miles Away teal green labels.

We’re Two Fools In Love / Don’t Worry About The Jones is due out on the 15th October on limited edition 7” Vinyl!

Tracklist
Side A
We're Two Fools In Love

Side B
Don't Worry About The Jones