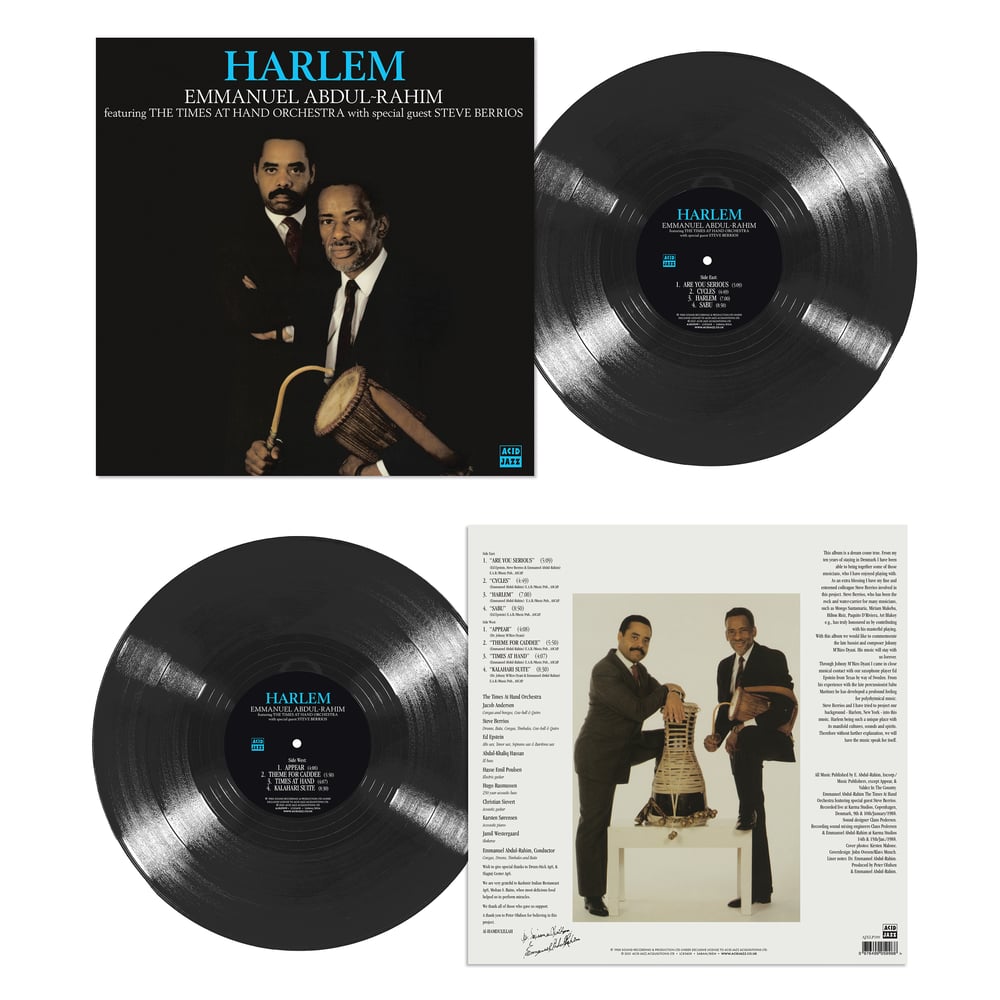 Percussionist Emmanuel Abdul Rahim recorded this mix of latin & spiritual jazz in his adopted home of Denmark in 1988. Sought after for the African influenced Kalahari Suite 'Harlem' is actually 8 tracks of brilliance that sees the veteran performer lead a local band through their paces. A perfect example of America meets Europe.

As Juan Amalbert he had led the in-demand Latin Jazz Quintet who recorded for Prestige and United Artists in the early 60s, including Caribé which featured Eric Dolphy. In 1966 he was asked to appear with John Coltrane’s group at the performances that produced the album “Live At The Village Vanguard Again”. Soon after Amalbert recorded another album which this time featured Pharoah Sanders in the horn line-up. All that appeared at the time was a single on Golden Earth Records, but the album was later released as “Oh! Pharoah Speaks” in the wake of Sanders solo success.

He then made the soulful 45 'When You Lose You Groove' b/w 'The Knower' and the spiritual jazz classic 'Total Submission' for Cobblestone, which featured the updated version of 'The Knower' called 'Al-Alim' which we included on Jazz On The Corner 2. After that like so many American jazzmen he packed his bags and headed to Europe to carry on his career, which is where, in 1988 he recorded 'Harlem'.

Acid Jazz is happy to officially re-issue this album on vinyl for the first time since its initial release, with full co-operation of Rahim's estate.

Tracklist
Are You Serious