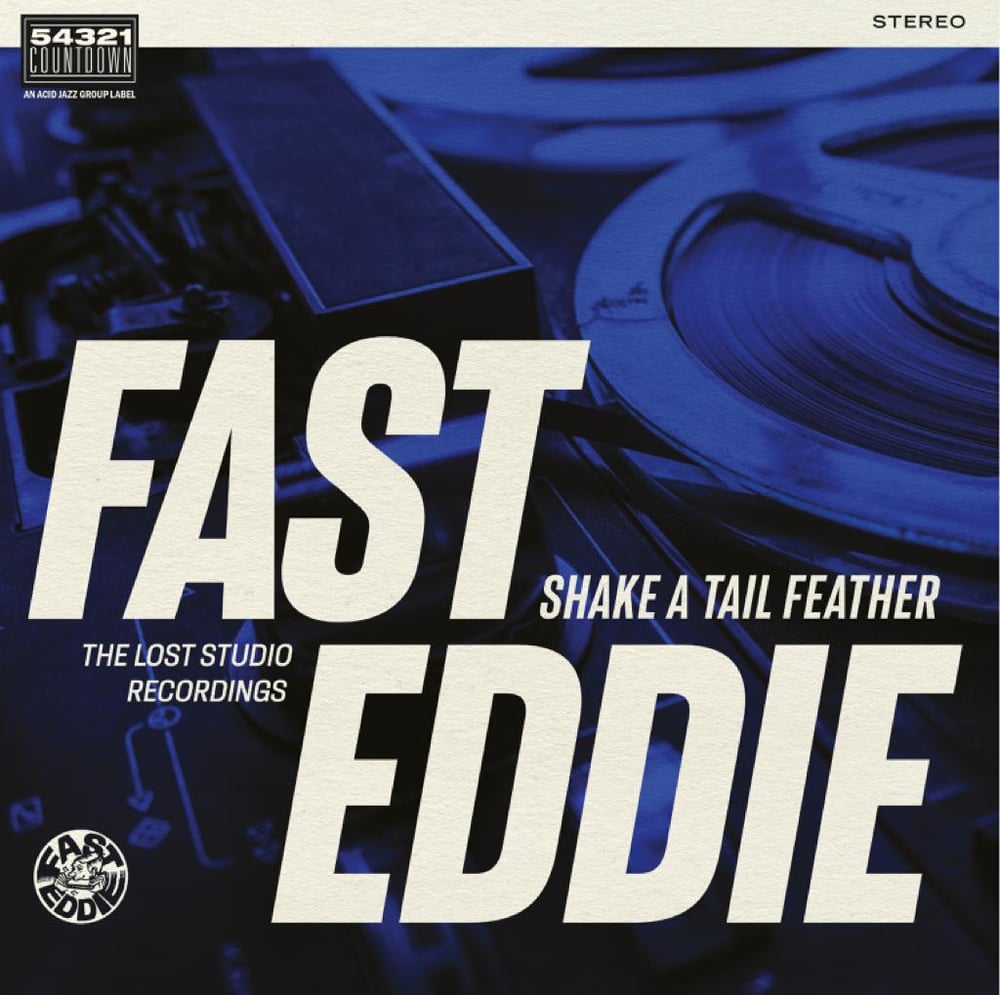 Acid Jazz Group label Countdown Records is proud to present 'Shake A Tail Feather' - a Vinyl/CD collection from Fast Eddie, one of the early '80s most exhilarating live groups, and a favourite of the Rhythm and Soul powered Mod scene of 1980s. Initially called 'The Investigators', Fast Eddie emerged from Billericay in the wake of Thames Delta Blues pioneers, Dr. Feelgood. Having gained a following playing the raw R&B of the Pub Rock circuit, the band diversified their sound to incorporate classic soul repertoire, alongside their own material, which is documented throughout this collection.

Significantly, the group was also managed and produced by a certain young Eddie Piller - our founder - in his first foray as a music Mogul. In the Spring of 1982, he took the band to Pye studios near Mable Arch, to cut what would be their first record. Copies were sold via fanzines or direct through London record stores, on his own imprint he called 'Well Suspect Records', marking the start of Ed's career as a record man. Consequently, this collection marks an important document in the formation of Well Suspect Records, Countdown Records and the wider Acid Jazz Story.

The LP contains a sharp selection of 16 tracks from their recordings, while the CD and digital version extends this with 4 extra tracks. Their storming versions of 'Shake A Tail Feather' and 'Out Of Sight' , show their love of classic club soul, while 'Help Me' and 'My Babe' prove that they could play the blues with plenty of rhythm and feeling.