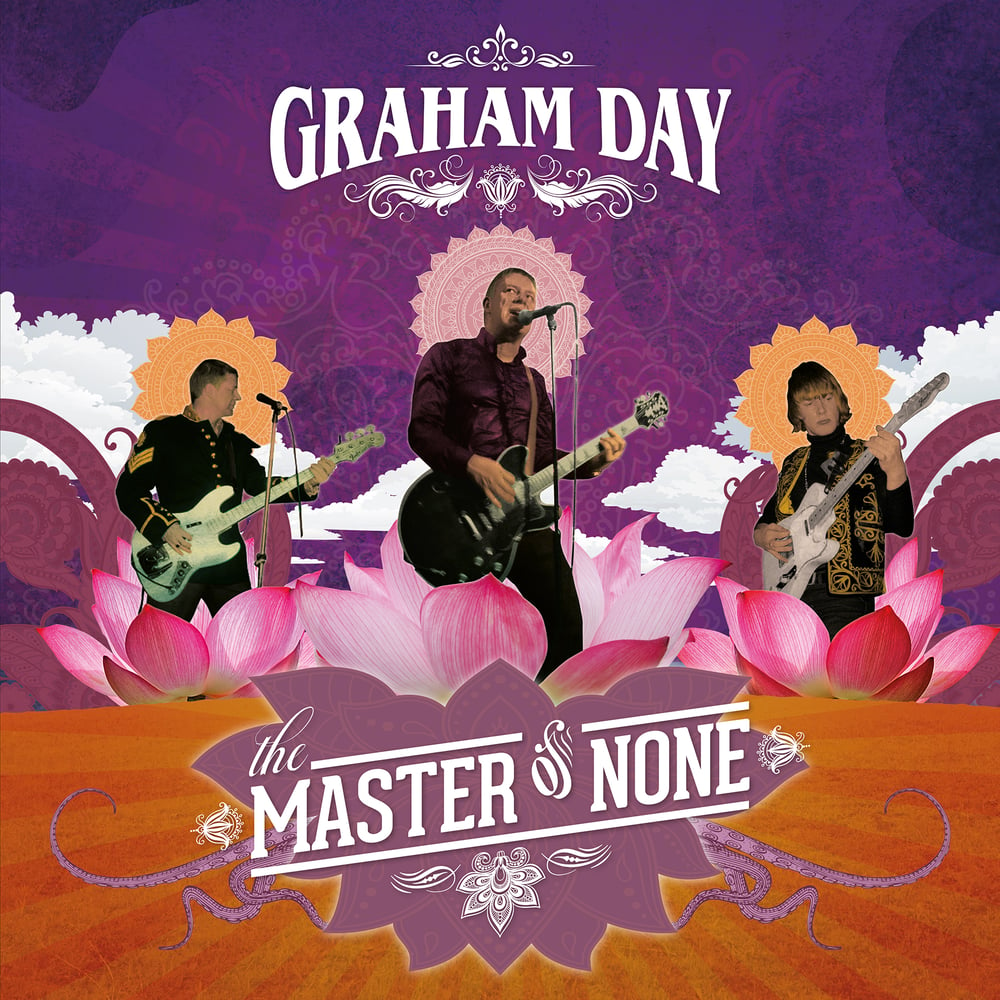 Graham Day - The Master Of None - Softpack CD

Countdown Records is proud to announce the return of Graham Day to their roster. Their relationship with Graham stretches back to 1986 when his renowned band The Prisoners released their album In From The Cold on the label.

Fronted by Graham on vocals and guitar, The Prisoners were a pioneering and inspirational 80s British garage band, who fused beat-era rock with R&B, American garage and psychedelia. A restless and independent spirit, Graham has released albums under many guises, including: Solarflares, Graham Day and The Forefathers, and current group, The Gaolers. He has also worked as a producer and long-time collaborator with fellow Kent coast musician Billy Childish, briefly playing drums in Billy’s group The Mighty Caesars and later bass in The Buff Medways.

Graham’s debut solo album ‘The Master Of None’ is more the result of circumstance than by design. Demoing songs for the third Graham Day and The Gaolers album, Graham’s plans were scuppered by lockdown – with a drummer based in the U.S. there was no real chance of recording the album in the foreseeable future. Despite his urgency as a writer, and reluctance to dwell on a song for too long, Graham set himself the challenge of trying to turn his Logic Pro X demos into an album-proper. Building each track up from scratch, he added bass guitar, Hammond and congas to the exciting vocal and electric guitar track, and the most challenging instrument of all, drums. These had to be played along to the demos, which were built on quantised computer drum tracks.

The resultant 12-track album is a remarkable achievement. It defies the fact it’s been pieced together, sounding more like a live studio album recorded by a full band. Packed full of great hooks, melodies, killer riffs and Graham’s gift for writing a short, sharp visceral garage-pop song, The Master Of None is one of his finest albums to date. Full of youthful exuberance it belies its creator’s years and is the sort of album younger garage bands would love to create.