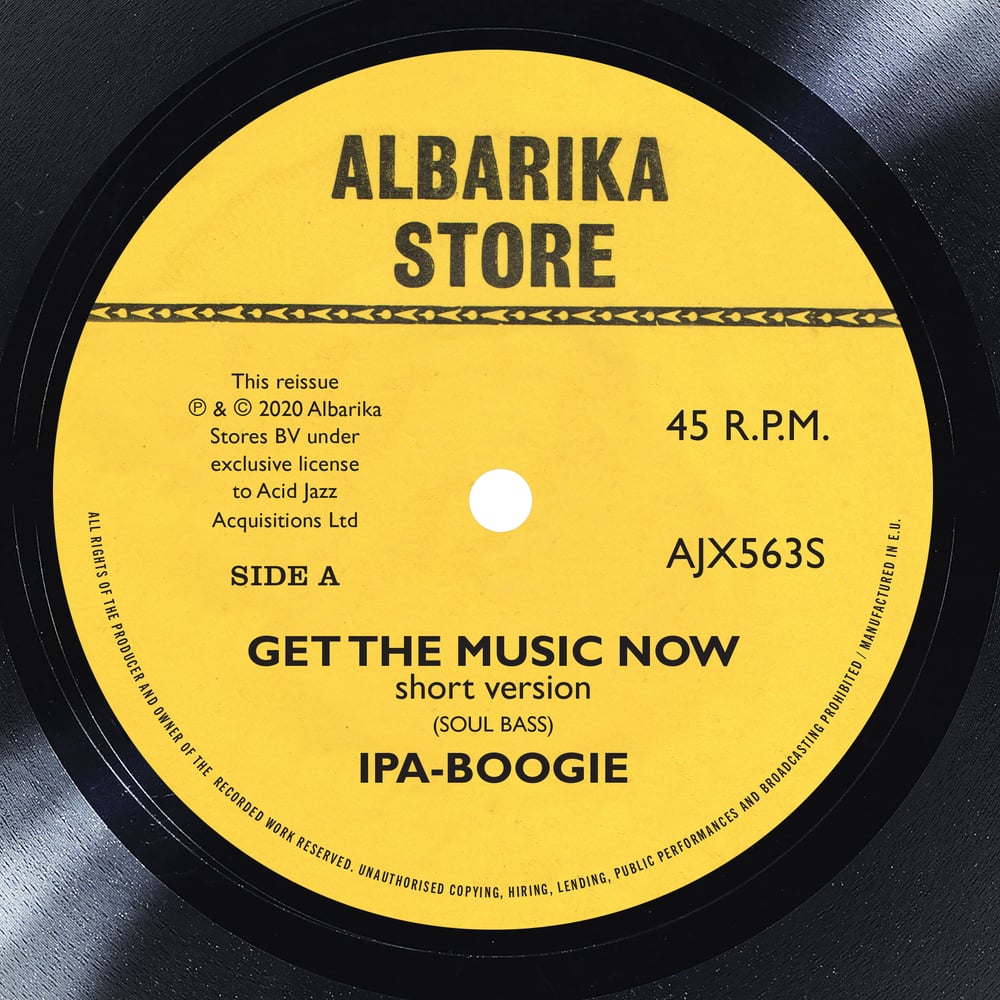 For the first time on 7-inch vinyl, Acid Jazz present short versions of both Get The Music Now & Africa, taken from the super rare self-titled album by Ipa-Boogie.

Originally released in 1978 these tracks are some of the only known recordings by this obscure band and present the listener with some of finest afro-boogie and afro funk there is.

This release launches the Albarika 45 series on Acid Jazz, with many rare singles and unknown versions due throughout the year.

Side B
Africa (Shorter Version)