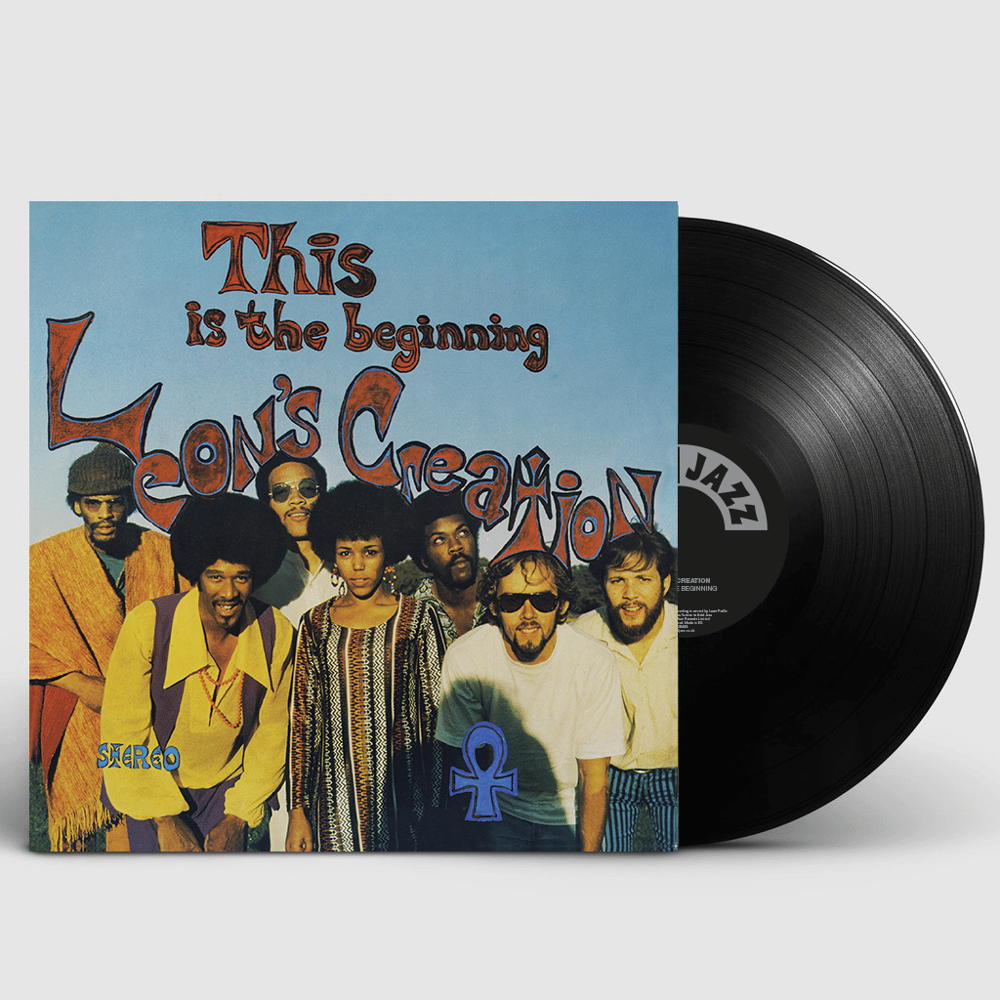 Leon's Creation - This Is The Beginning (LP)

San Francisco in the late 1960. The hotbed of psychedelic and rock culture. The Dead, Joplin, Jefferson Airplane and a host of others all gaining mainstream acceptance for their acid tinged work. But the City and the surrounding Bay Area had so much more going for them. A liberal political outlook and a large African American and Latino population, meant that musical and cultural reference points were wider and more easily assimilated there than (Almost) anywhere else in the United States.

Two of the biggest groups to emerge from this scene were Santana and Sly and The Family Stone, with their melting pots of sound that took in jazz, soul, rock and latin influence. For a while they were two of the biggest acts in the United States and scores of local bands tried to follow in their footsteps. They were hard acts to follow and very few got to the stage of making a 45, never mind a whole LP.

One of the best to do just that were Leon’s Creation, whose debut LP “This Is The Beginning” Acid Jazz are reissuing here. A native of San Francisco Leon Patillo led the group, whose multi racial line-up echoed that of his heroes on the local scene. Self contained and gigging locally they made their debut album at the tiny Studio 10 who also custom pressed the album in extremely limited numbers

The music is a perfect blend of acid soul, mixed with hippie sentiments that will get you dancing on the uptempo numbers such as the title track, ‘Back Roads’ – with its glorious harmonies and the soaring ‘Power’. More thoughtful numbers such as ‘Until You Were Gone’ or ‘Love’ will touch your soul.

So impressed was Carlos Santana that he eventually asked Leon to join his band.

Released on Acid Jazz licensed directly from Leon Patillo, the package comes with in depth sleeve notes and is beautifully illustrated in both LP and CD formats.