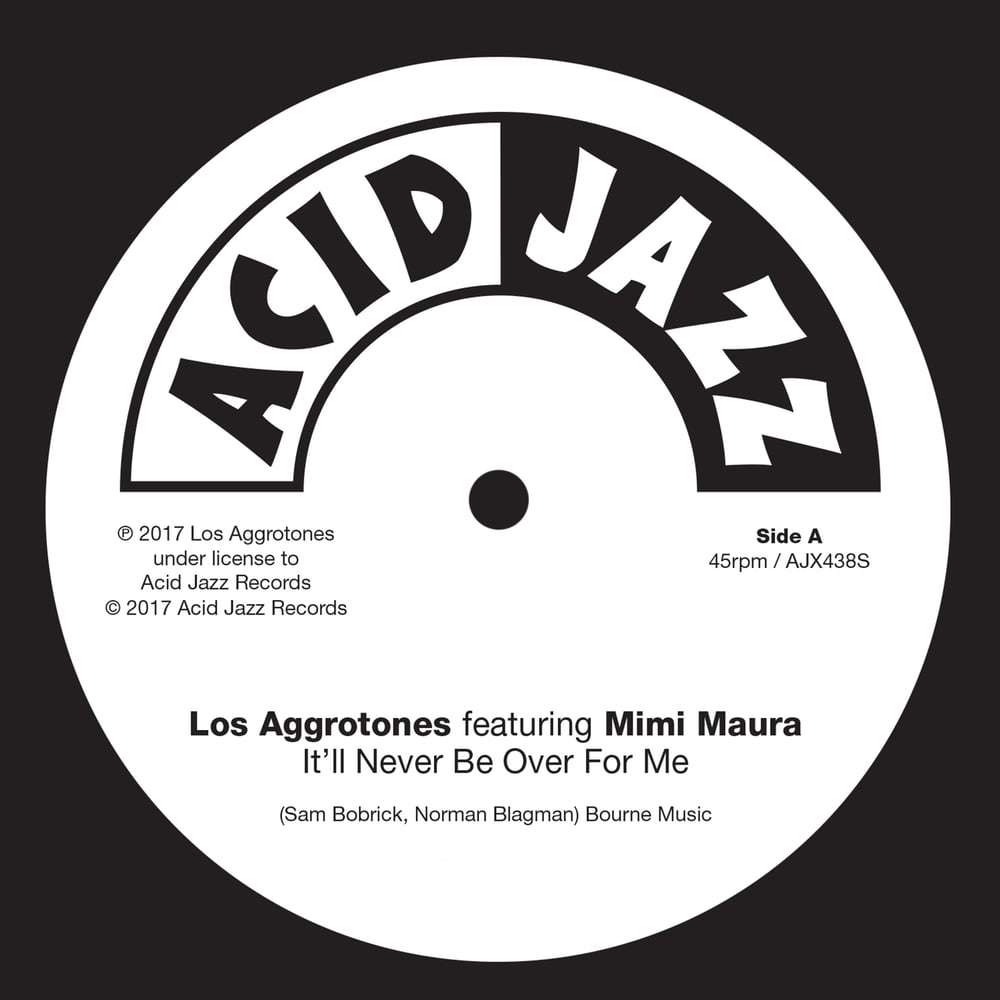 Los Aggrotones - It'll Never be Over For Me 7"

A spectacular reimagining of one of the all time greatest Northern Soul tunes, Timi Yuro ‘It’ll Never Be Over For Me’ whilst the original can change hands for upwards on £2000 a group of young Argentinian Mods and rude boys have come up with a reggae version.

On paper it shouldn’t work but it does. The most requested song on Eddie Piller’s Eclectic Soul Show on Soho Radio in 2017 following a chance meeting with guitarist Kevin Finigier from Los Aggrotones in the studio.

Acid Jazz are proud to release this as a limited edition vinyl single (backed with one of the bands original organ instrumentals) as a taster for the labels release of their European debut LP later in 2018.