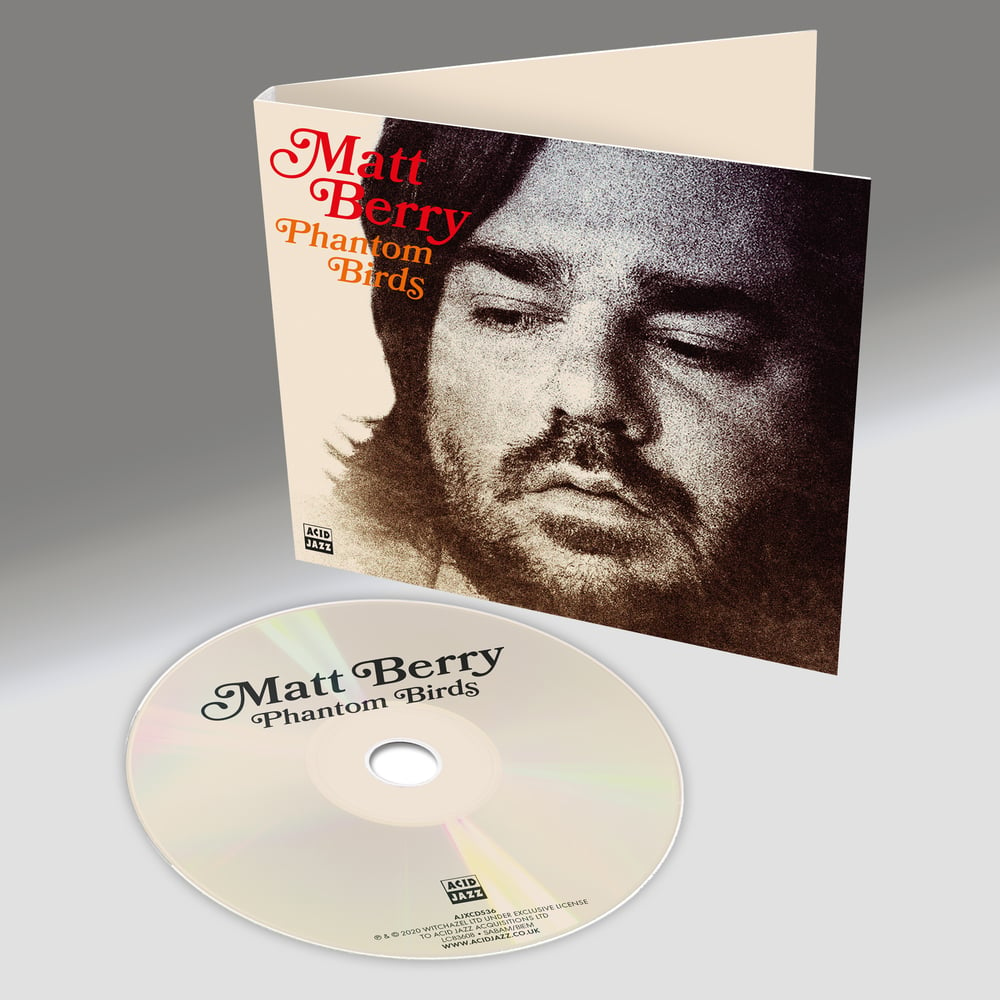 BAFTA award winning actor Matt Berry has been the star of a series of high profile TV series including Toast Of London, The IT Crowd and most recently What We Do In The Shadows. Concurrently he has cultivated a career as a musician that has seen him release 6 solo albums and collaborate with the likes of Bond composer David Arnold, Jean-Michel Jarre and most recently Josh Homme who invited him to perform on the Desert Sessions.

His most recent album ‘TV Themes’ was a UK Top 40 hit, which was awarded four stars by Will Hodgkinson writing for The Times. His reinterpretation of British TV themes of the past was no mere wallow in nostalgia, but an exploration of recording techniques and a joyous celebration of the music.

‘Phantom Birds’ was inspired by a fascination with Bob Dylan’s John Wesley Harding, the way it was recorded with the minimum of musicians to draw attention to the songs. For the recording Matt worked with drummer Craig Blundell – known for his work with Steven Wilson and Steve Hackett – and legendary pedal steel player B J Cole, yet the tinges of Americana are never allowed to overwhelm Matt’s own distinctive style.

The full track-listing is:

Released 18th September 2020. All orders will be shipped out on the week of release. Please be patient.