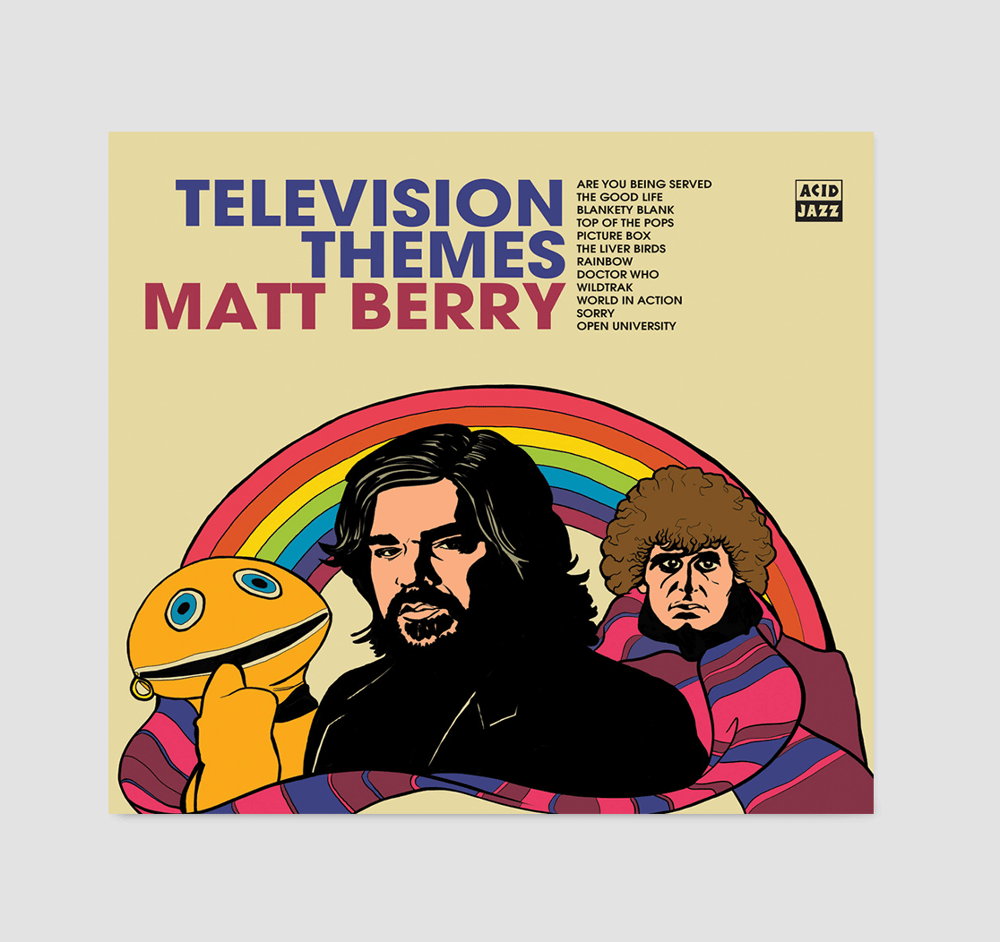 "It's a covers album, just an appreciation of a time when the signature tune and title sequence were both important elements within the overall theme, atmosphere and tone of a television show. I've always loved these now lost, rare and in some cases forgotten themes so, as with everything I do artistically, I set out to please myself and capture these gems as best as I could and make them available on vinyl, some possibly for the first time?"

BAFTA award winning actor Matt Berry returns with a new album, entitled Television Themes released on October 5th. Inspired by his youth, it’s a collection of TV theme tunes that have not only influenced Berry but undergone a fascinating and unique metamorphosis under his musical stewardship.

Television Themes was recorded on his own and with his regular band The Maypoles in his newly built studio. It includes favourites from the 60’, 70’s, and 80’s such as Are You Being Served? and Rainbow alongside lesser known themes from Picture Box and Wildtrak amidst those that transcend the decades, Doctor Who and Top Of The Pops…

Combining his love of music production and his passion for the 'signature tune',  Television Themes sees Berry enhance his musical reputation following the success of  his previous releases encapsulating  Berry’s formative years as a viewer and  paired with  his boundless appetite for music -  be it  psych-folk, electronica, jazz or Prog. Genre-defying, mixed with a love of nostalgia, Matt Berry once again finds a home at the small but perfectly formed London-based independent label Acid Jazz Records. It really is a release that perfectly fits the label.

The full track-listing for Television Themes is:

Released on October 05 through Acid Jazz Records and available on LP, CD and digitally through all reputable outlets. Gift sets now available