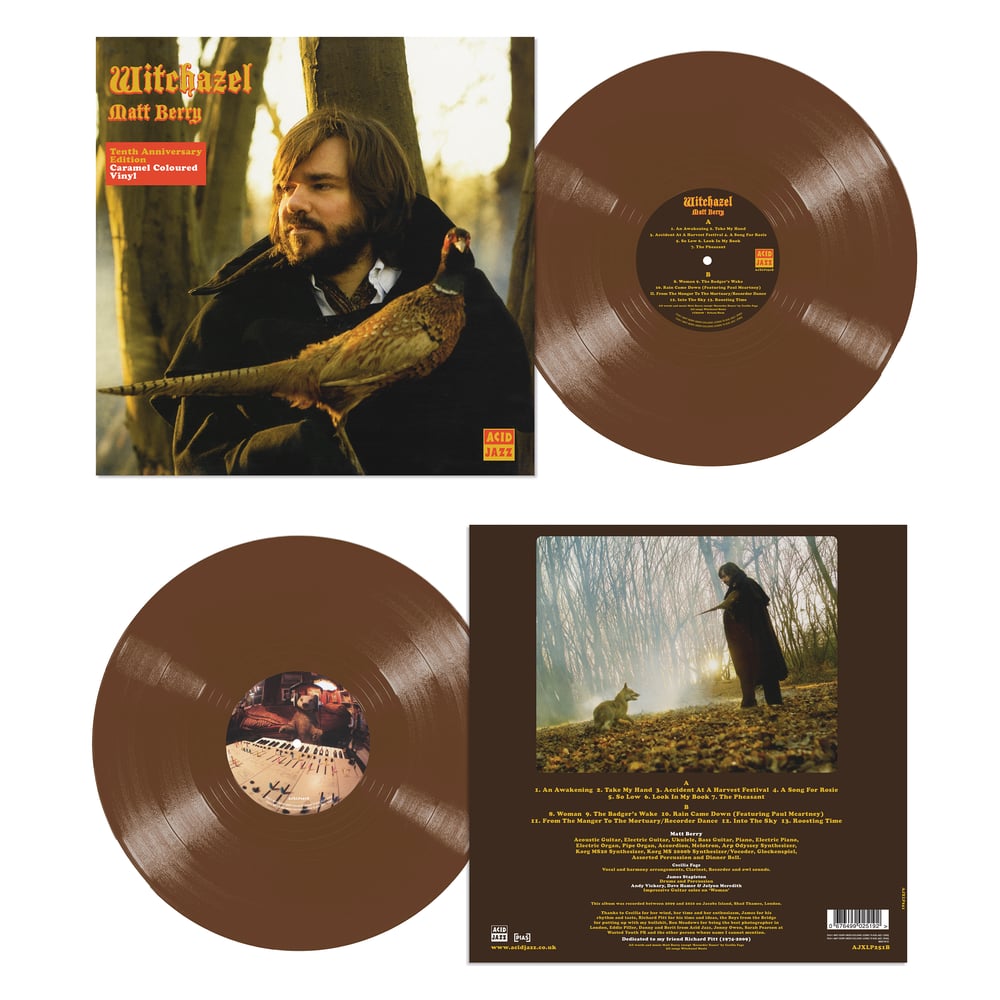 Signing to Acid Jazz in 2011, that same year the groundbreaking record label released Matt’s Witchazel album. Featuring the theme from his BAFTA Award winning TV show Toast Of London, ‘Take My Hand’, it is his biggest selling album and has been out of print on vinyl for several years.

Acclaimed at the time of release, The Guardian said: “Witchazel is enchanting…genuinely impressive”, while The Times labelled it “psych-folk genius”. It has since matured into an acknowledged classic.

To celebrate this anniversary, the album returns to the shops this August on a caramel vinyl edition.