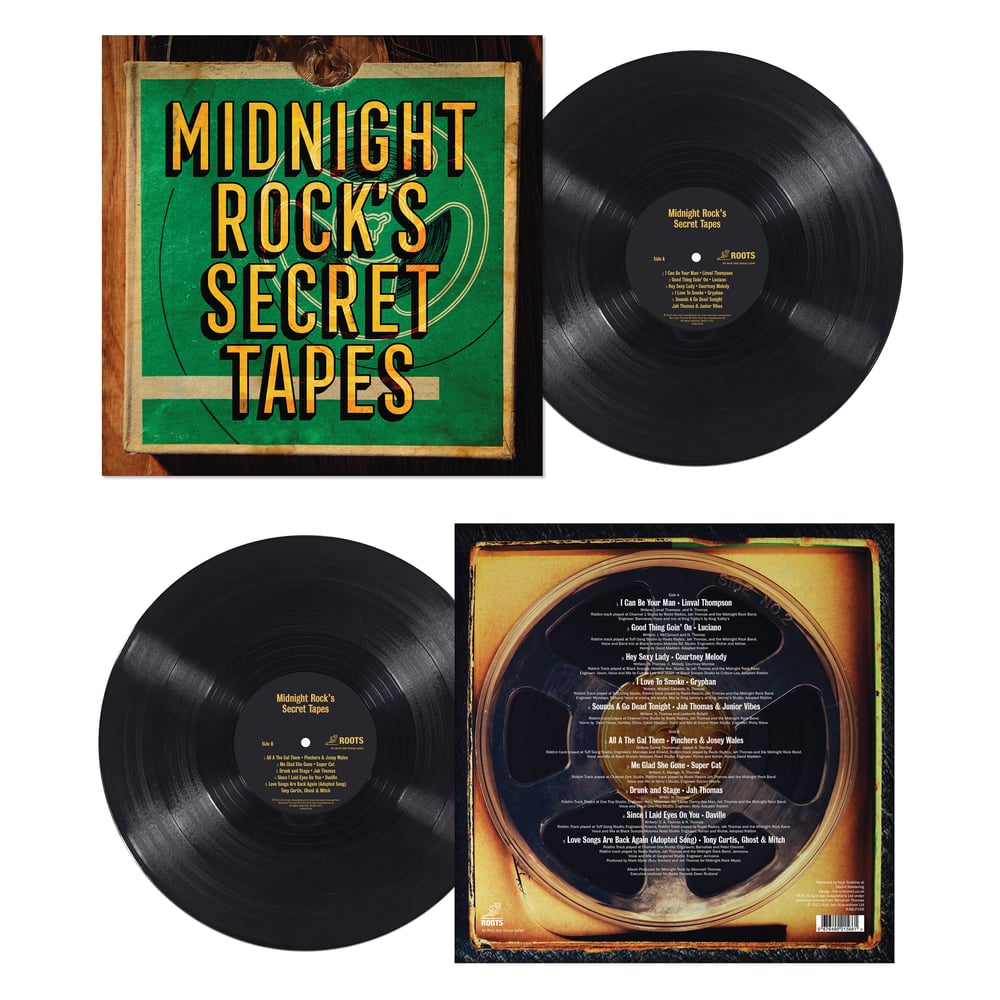 When Nkrumah Jah Thomas’ hit #1 on the Jamaican charts in 1976 with his debut single ‘Midnight Rock’ on Alvin Ranglin’s GG label it gave the new DJ a theme song and an entry into the world of music. Within 3 years he had launched his own label Midnight Rock and alongside more music under his own name he produced a series of classics by the likes of Tristan Palmer, Anthony Johnson, Early B and many more.

In 1997 he signed a deal with Acid Jazz’s Roots label and since then through our on-going collaborations his career as a producer has been anthologised and developed, including the release of a series of archive King Tubby and Scientist mixes, the use of his masters to be sampled by Nas (on The Don), Protoje and others, and re-issues of his classic albums. To celebrate 40 year of Midnight Rock, last year Thomas went back into his tape archive to unearth another 10 tracks, either with original vocals or guest names brought in.

Behind original rhythms recorded at Channel 1, Tuff Gong and others, featuring the Roots Radics and The Midnight Rock Band and mixed in places like King Jammy’s and Tubby’s we are given a line-up of stellar talent. We have Linval Thomson with the plaintive ‘I Can Be Your Man’, and forthright Super Cat on ‘Me Glad She Gone’ and first rare Luciano on ‘Good Thing Goin’ On. They are joined by Courtney Melody, Pinchers and Josey Wales, Daville and more. Keeping the circle whole Thomas appears on two tracks including the future classic ‘Sounds A Go Dead Tonight’ with Junior Vibes.

Gathered together on record this will be released by The Roots label on the 16th of April 2021.

Side B
Pinchers & Josey Wale - All The Gal Them
Super Cat - Me Glad She Gone
Jah Thomas - Drunk & Staga
Daville - Since I Laid Eyes On You
Tony Curtis, Ghost & Mitch - Love Songs Are Back Again