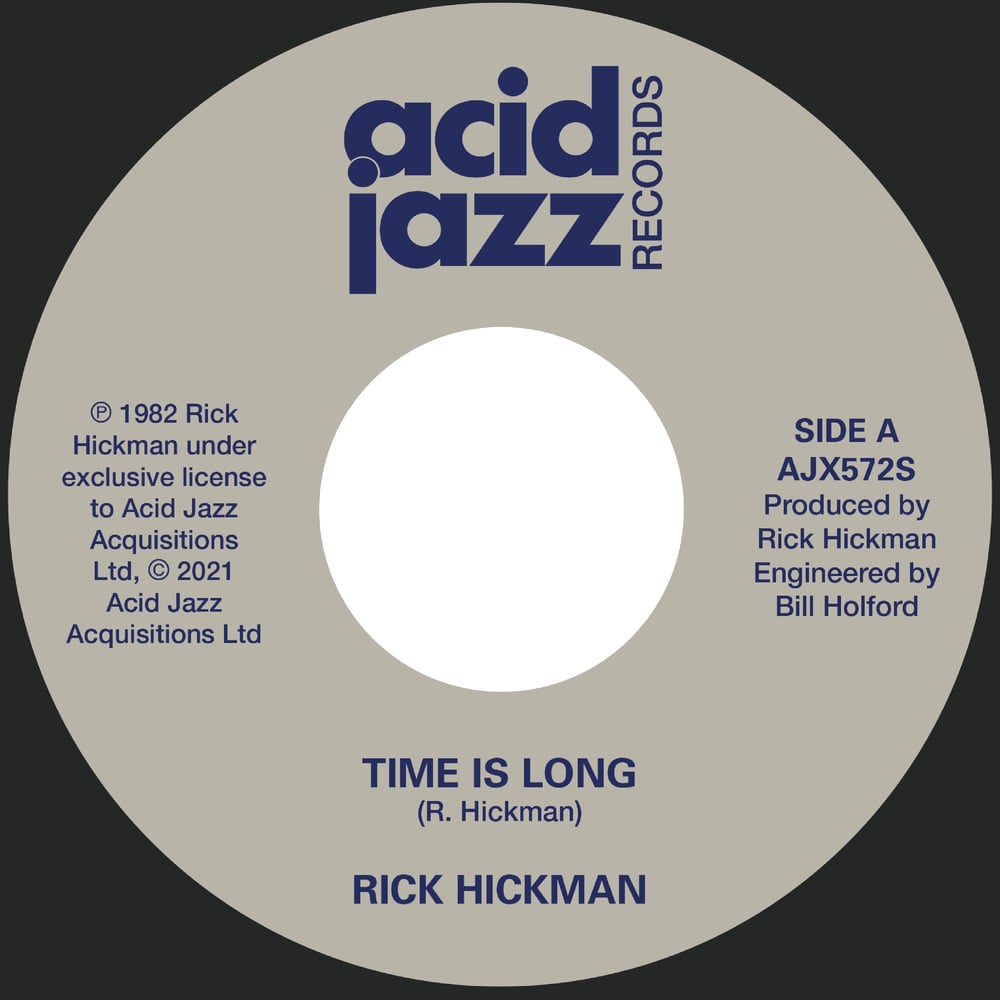 Detroit, in the 1960s the home of both soul and punk rock. Smokey Robinson and the MC5. In it's small satellite town of Flint lived Rick Hickman, a blues guitarist influenced by both these traditions. Rick channeled these influences into cutting his own 45 on the private press Special Edition Records label. And that’s where he expected it to end.

Fast forward to 2020 and the cut is re-discovered by a rare soul and jazz connoisseur Des Cridland who immediately alerts the Acid Jazz crew, knowing they’re always on the lookout for super rare cuts to reissue. Eddie Piller span the record on his Eclectic Soul Show and the response was phenomenal so much so Acid Jazz jumped at the chance to put this out again!

Rick Hickman's fantastic blue-eyed soul single Time Is Long / Closer To Me Now is now set for release on the 3rd April.

Tracklist
Side A
Time Is Long

Side B
Closer To Me