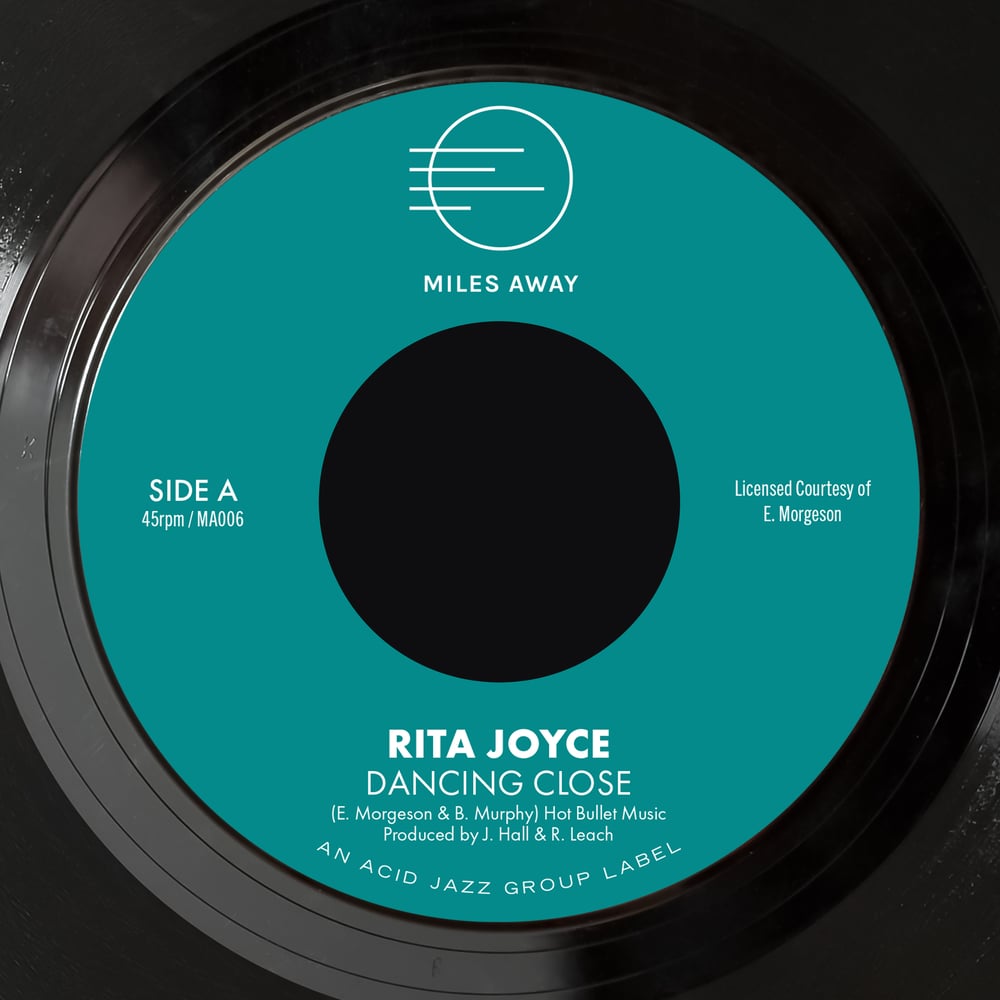 In the shadows of the Detroit’s General Motor’s Renaissance Centre, a small independent label Ren Cen Records was about make its first foray into the music world. Founded by producers Jimmy Hall and Ralph Leach, the label was heavily influenced by the Motor City’s automobile history. The label name was derived from the above-mentioned GM skyscrapers that stand at the heart of the city and the label’s logo even features a distance silhouette of the skyline.

Over a ten-year period, starting in 1979, Ren Cen tried to make a name for themselves in the rich musical city that was Detroit. They released nine greatly different singles – ranging from electro-boogie to new wave and soul – all with a distinct and unifying orange label.

Jimmy and Ralph managed numerous artists on the label and had recently landed on a new female singer - Rita Joyce. It was then, that writers Eric Morgeson and Barry Murphy penned two tracks for consideration. Dancing Close and Back Home Again were the eventual results of one recording session at Studio A Recording Studios in the mid 1970s. Little is known about Rita, like many of the label’s other artists, this single was her only brush with a recording career.

The reasons why seem to be a mystery. Dancing Close showcases a vulnerable yet rich and powerful voice, which effortlessly glides across this track. It’s impossible not to mention how tough the drums are, placing themselves right at the front of the mix. A concoction that has led to this single becoming sought-after by soul & hip-hop collectors alike. On the flip Back Home Again touches on tones modern soul and disco which would see writers Eric and Barry go on to write and record with esteemed labels Casablanca and Sussex.

Miles Away are delighted to reissue this deep cut once again on in its original 7” format. Remastered and repressed brandishing the Miles Away teal green label. The release is set for 19th February on vinyl & digital platforms.

Tracklist
Side A
Dancing Close

Side B
Back Home Again