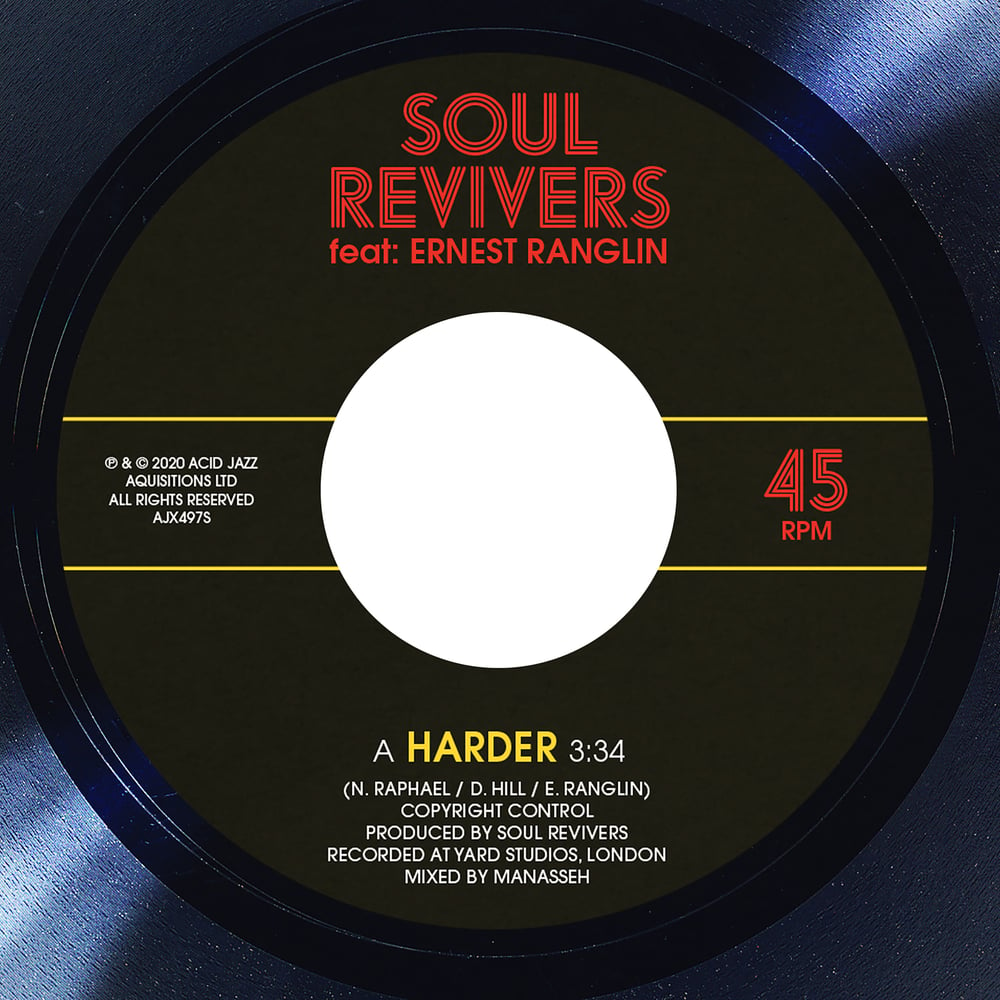 Following the incredible response we received to the debut single Harder landing on digital services last month, we decided to press a limited edition 45 to celebrate this new band arriving on Acid Jazz Records. Copies will be limited to 500.

Soul Revivers are reggae veteran Nick Manasseh, returning to Acid Jazz for the first time since the 1998 album 'Shining', and David Hill formerly of the Ballistic Brothers and founder of Rootikal.

The single has a hard-hitting rhythm topped with Ranglin’s fluid guitar, and has already garnered praise from Gilles Peterson who said, ‘This is special, return of the great Ernest Ranglin’, while David Rodigan excitedly commented, 'This is superb, so refreshing and so unique. Ernest Ranglin on top form’. The track has also received heavy rotation on Jazz FM having stayed in the playlist for the last 6 weeks.

“Nick and I have loved the music of Ernest Ranglin since the 80s, which was when we first discovered the unique sound of his guitar on those classic Studio One rhythms. Collaborating with him has been a joy and a blessing.” David Hill, Soul Revivers

While Soul Revivers reference their musical influences and heroes, they look forward, not back, an approach that will be reflected in their debut album ‘No More Drama’, which is currently being recorded for Acid Jazz Records.