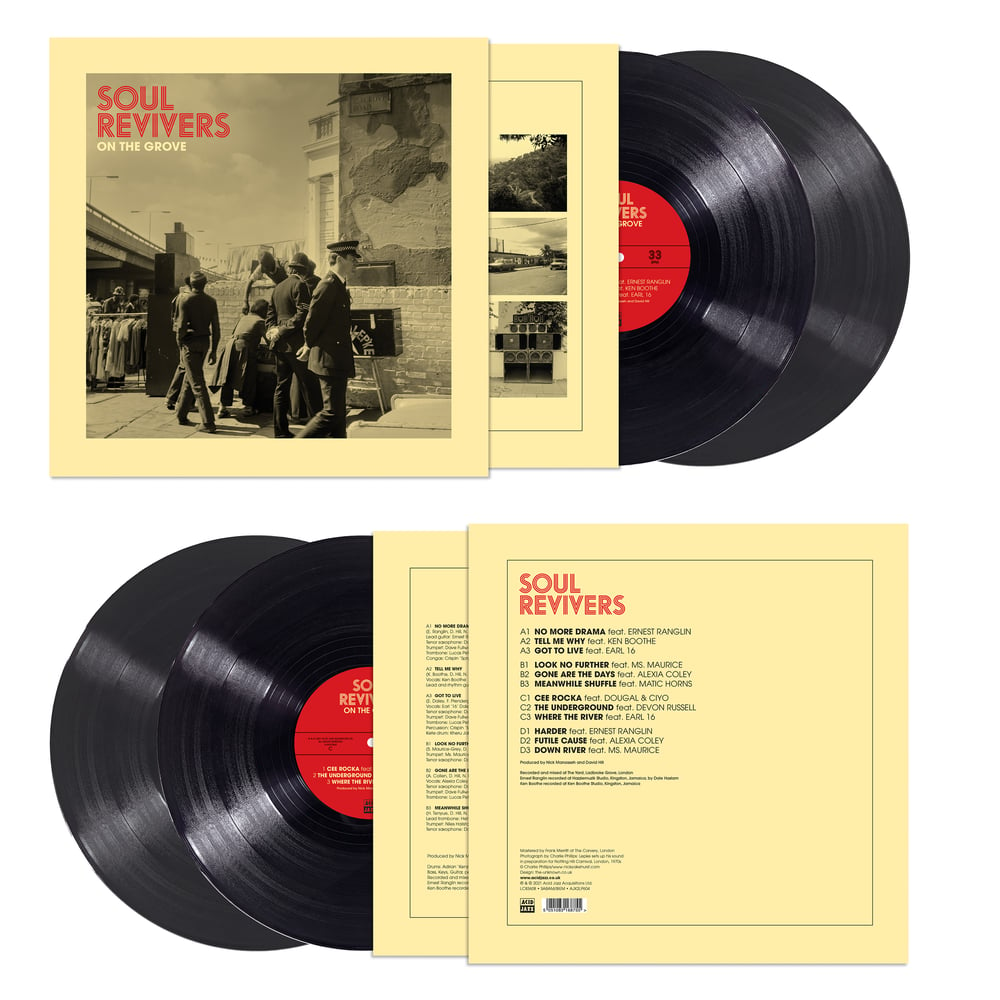 Acid Jazz Records presents Nick Manasseh & David Hill’s Soul Revivers: ‘On the Grove’.   An ambitious and passionate collaboration project, it features musicians spanning seven decades, including Jamaican legends: Ernest Ranglin, Ken Boothe, Earl 16 and Devon Russell; alongside contemporary artists, including jazz trumpeter Ms. Maurice (known for her work with Afro—Jazz Ensemble Kokoroko and Nubya Garcia), and vocalist Alexia Coley.   The roots of Soul Revivers lie in film. In late 2017, David was asked to act as music and creative consultant for Idris Elba’s Yardie. A year or so after the film was completed, David and Nick returned to some unused sessions they had recorded for the film. These sessions then became the seeds of this album.   ‘On the Grove’ was produced at Yard Studios, under the Westway, in the shadow of the covered hulk of Grenfell Tower. It is a journey through the moodier side of reggae, and a progression in the ever evolving, yet timeless nature of the music. It is also a tribute to the music's long connection to West London, and in particular Ladbroke Grove and Notting Hill. This history is distilled in the sleeve, which features Charlie Phillips’ photograph of Lepke (founder of Dread Broadcasting Company and brother to Ranking Miss P.) setting up his sound for a Notting Hill Carnival in the late '70s.   Alongside the featured artists, there are stellar performances from an extraordinary range of London’s most talented session musicians, all helping to complete the next chapter in the musical mythology of West London reggae.