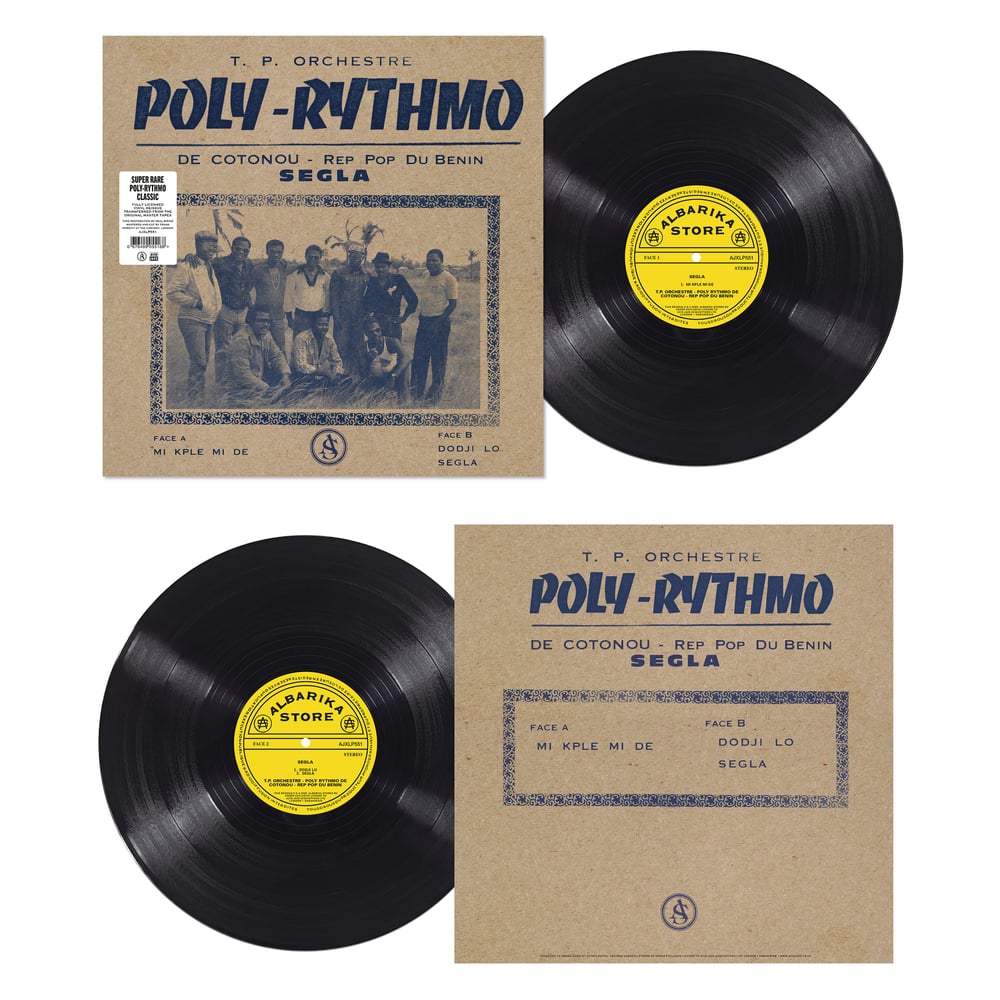 Acid Jazz Records is proud to announce an exclusive licensing agreement with Albarika Store, the legendary record label that defined the sound of Benin and influenced the entire region of West Africa and beyond.

This is the first exhaustive look at the archive and will see the label presented in a way that ensures its historical importance is recognized. The first releases will be a series of super-rare and in-demand original albums to be reissued on vinyl. Transferred from the original tapes and mastered by Frank Merritt at The Carvery, they are presented with beautiful artwork and packaging to match the sonics. This is the music as it should be heard.

Poly Rythmo ’Segla’ – hens-teeth rare Poly Rythmo album from 1978 that was originally released without a sleeve as ALS059. Or at least, if it came with a sleeve, nobody outside of Benin seems to have seen one. Recorded at EMI Lagos, Nigeria, as per most of the Poly Rythmo recordings for Albarika, the sound quality is from the tapes is dynamic and fresh.

Tracklisting
Side A
A1. Mi Kple Mi De

Listen to the digital versions now. Physical release will be 20th November 2020.