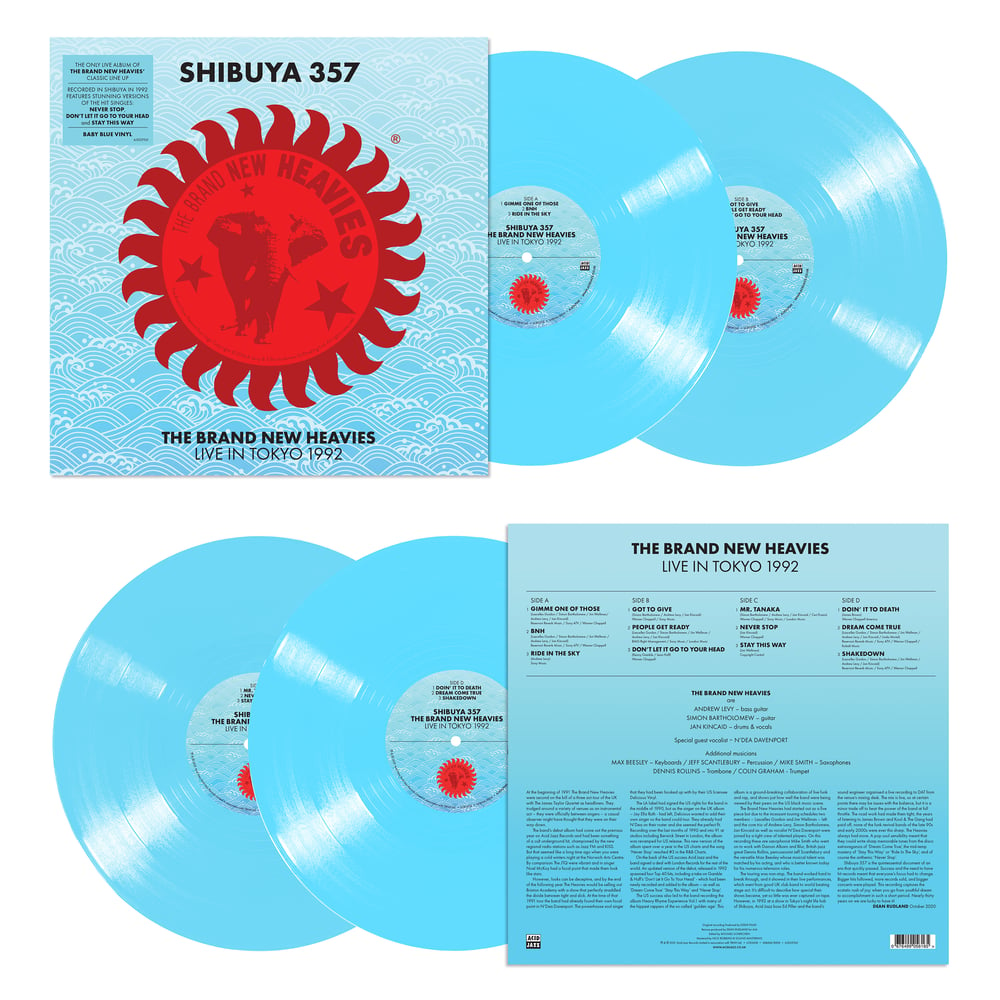 1991 was a momentous year for The Brand New Heavies. They started it without a singer second on the bill to The James Taylor Quartet and by the end they were had a Top 3 US hit and were about to embark on a run of 16 Top 40 hits in the UK. N’Dea Davenport was by this point fronting the group as their guest singer, and the brilliant string of singles from their debut album were becoming locked in the minds of an ever-growing fan base.

Live they were a revelation. The only group from the UK scene who could do tight and slick, without slipping into ‘lift music’ blandness. The core membership of Andrew Levy, Simon Bartholomew and Jan Kincaid had been playing together since college and knew where the other was going. Their ability to write classic soul songs lifted them above their contemporaries.

Shibuya 357 is the quintessential (and only live) document of an era that quickly passed. The hits – ‘Never Stop’, ‘Dream Come True’, ‘Stay This Way’ and ‘Don’t Let It Go To Your Head’ are all here – as are some compelling funk jams. This recording captures the ecstatic rush of joy; when you go from youthful dream to accomplishment in such a short period.

This live album was originally only ever released in Japan in the late 90s and then only for a very short time. Acid Jazz is delighted to release this new version, remastered from the source tape and available on striking baby blue vinyl, softback CD and streaming services for the very first time.

Tracklisting
Gimme One of Those
BNH
Ride In The Sky
Got To Give
People Get Ready
Don’t Let It Go To Your Head
Mr. Tanaka
Never Stop
Stay This Way
Doin’ It To Death
Dream Come True
Shakedown