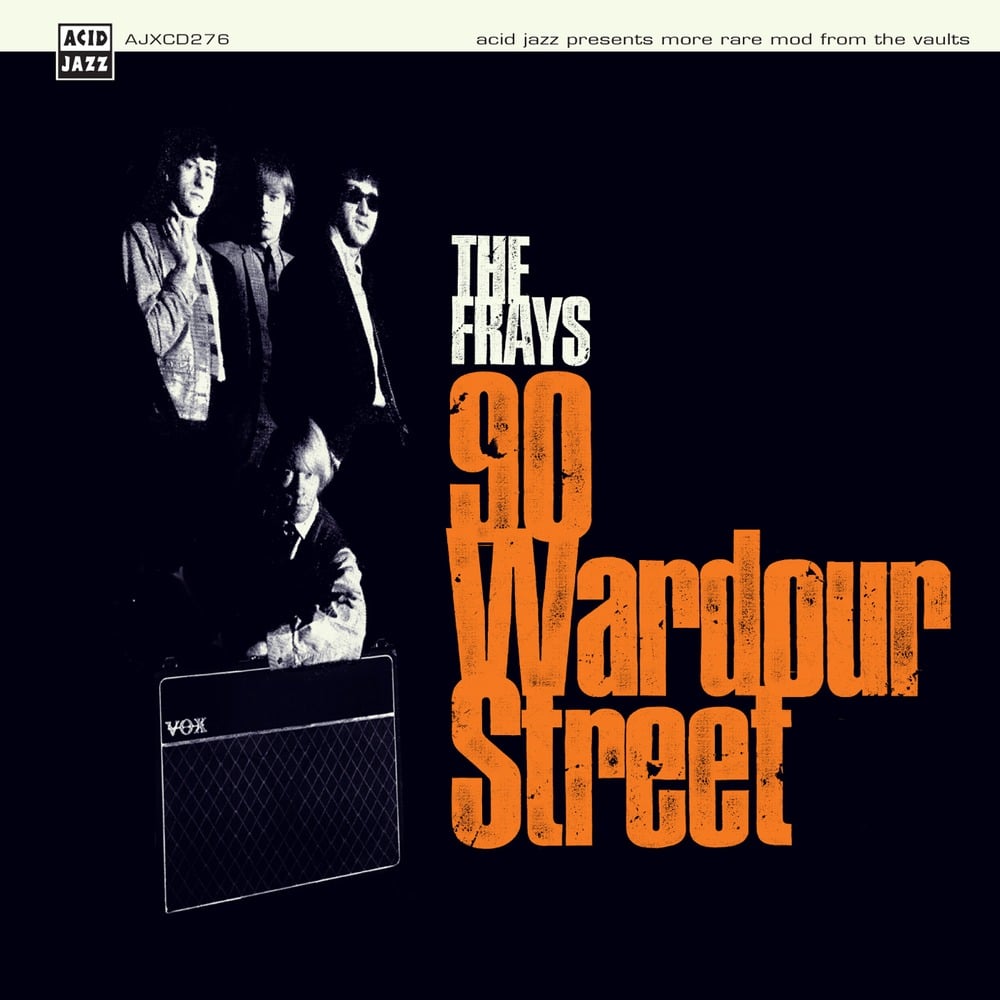 In 1964 The Sneekers, released a 45 on the Columbia label Bald Headed Woman which was produced by Shel Talmy, and it was The Sneekers that The Who (as The High Numbers) had played with at the start of their run of Tuesday nights at the Marquee Club, which would become the stuff of Maximum R&B legend.

In 1965 they changed their name to The Frays and recorded an LP that was never issued. However, the holy grail of British Rhythm and Blues survived on one single acetate. With the exception of the song titles the only other information on the disc labels were the words, “The Frays, Marquee Club”.

At the time the recording was made The Frays were Brian Howard on vocals and harmonica, Johnny Patto on guitar, Clive Howse on bass and Barry Gilford on drums. They recorded the 12-track album presented here at the Marquee Studios, which were situated behind the club. It secured a deal with Decca Records. The Frays’ first release for the label was Walk On backed with the stunning group original Keep Me Covered, both of which are included here.

The singles failed to chart, the album remained unreleased, and so the band called it a day. But had this sole Frays LP been issued at the time it would have stood shoulder to shoulder with the great British R&B albums of the era. Finally, The Frays and their album 90 Wardour Street can be appreciated as the best in British R&B.