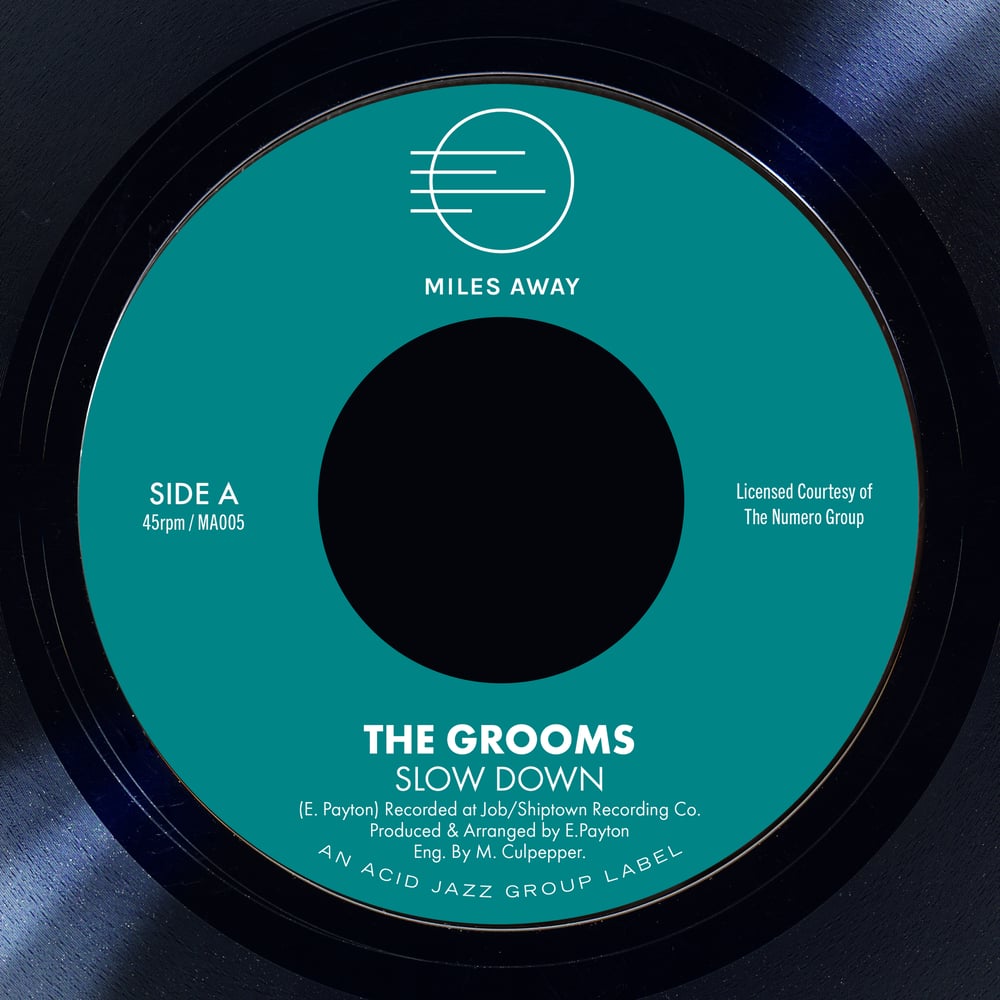 The Grooms - Slow Down / I Deserve A Little Bit More 7"

We’re delighted to introduce a brand new 45 on Miles Away Records. The Grooms – Slow Down / I Deserve A Little Bit More

In the 1960’s when Atlantic, Stax and Motown were at their peak; a little-known label in Norfolk, VA headed up by Noah H. Biggs, called Shiptown, was also giving young kids a chance to perform.

Mr Biggs owned many labels locally and viewed many of the releases as a chance to showcase young, talented artists and performers in order to get them placed at larger national record companies. As a result, many of Shiptown’s releases can be extremely hard to track down with most pressings limited to 200 or less.

One of the last releases on Shiptown came in the mid 1970s by The Grooms, a few years before the passing of Mr Biggs. The only single the band ever released consisted of a phenomenal A Side, a mid-tempo funk track with amazing vocals and a killer horn arrangement called ‘Slow Down’. This is a track that’s hard to define - it takes inspiration from so many soulful genres.

On the flip is a devastating beat ballad called ‘I Deserve A Little Bit More’. This track builds to a spine tingling crescendo. Raw soul at its best, with a wonderfully gritty mix of tight harmonies and unhinged emotion.

If this one doesn’t move you, check your pulse.