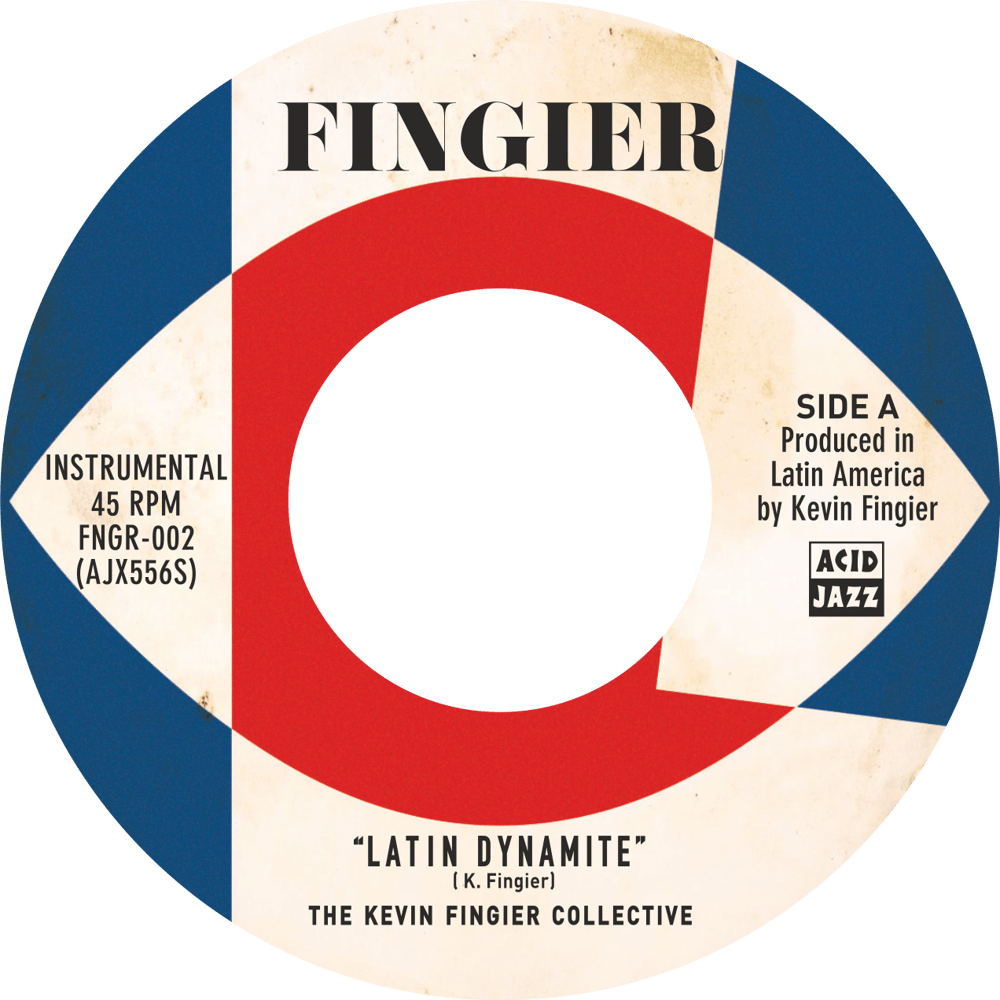 Side A presents 'Latin Dynamite', an explosive tune which could have been the soundtrack of Ramsey Lewis and Mongo Santamaría visiting Soho together around mid 60s, it's a perfect mix of Mod Jazz and Boogaloo with a very cinematic feel. On the B side we have the obscure and groovy 'El Basement', a stunning R&B dancer with a killer flute solo and a screaming hammond.

This record shows the vision behind Fingier Records, this Acid Jazz Records subsidiary, which claimed from the beginning 'Underground Soul, R&B, Boogaloo and Raw Funk'. "I don't want this label to be something strict, I want to explore the whole universe around Soul music, what happened before and after, and what happened at that same time, when people from other countries such us Puerto Rico, Brasil or Nigeria mixed their cultural music with Soul, Jazz and Funk" says Kevin Fingier.

Side A
Latin Dynamite

Side B
El Basement

The release will be limited, and the release date will be the 11th December.