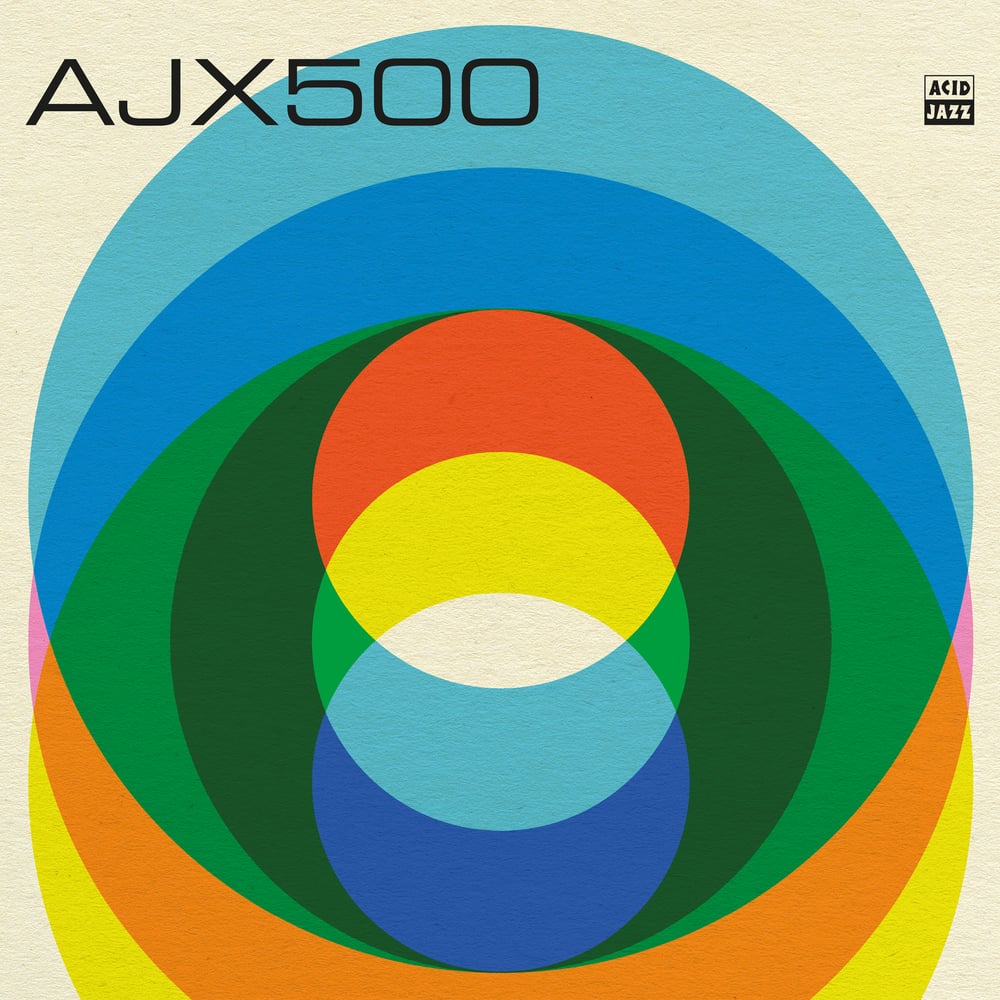 AJX500 celebrates a milestone in Acid Jazz’s catalogue and at the same time harks back to the earlier label collections released in the Totally Wired series. This is carried through in both the choice of material – a mix of 8 new tracks and one obscure oldie – and the glorious packaging with a sleeve designed by long time label collaborators The Unknown and printed on a US style Tip On sleeve.

The music is what makes this package, 9 tracks never before released on vinyl showcasing Acid Jazz 2019 and what the future holds in 2020. There is an exclusive new track by Matt Berry, which previews the direction for his long awaited follow up to his Top 40 albumTV Themes, which will arrive next year. There are exclusive to vinyl remixes of the Brand New Heavies by FOUK, Laville by the Disco Freaks and Corduroy by their drummer Ben Addison.

The album opens with two blistering debut releases: the afro-funky psychedelic bootyshake of The Theme by Lightning Orchestra and newly christened Soul Revivers with their Ethiopiques meets Kingston groove on Harder which features 87 year old reggae legend Ernest Ranglin’s shimmering guitar hooks. Argentinian mega-producer Kevin Fingier takes time out of the Aggrotones to launch his soul/ jazz Project. Our friends at Unique in Germany have lent us the cosmic garage of Suzan Kotcher.

The oldies are courtesy of UK producer Graham Dee and the Orchestre Picoby Band D’Abomey – Dahomy. The later with a 1970s funky stew from Benin previously only available on a rare 7inch from the Albarika Stores label from Benin. Dee’s Sampaguita is a take on a song that the UK based producer wrote for a Moacir Santos Blue Note album, and is being released for the first time.

AJX500 is strictly limited to 500 copies, and will only be available from the Acid Jazz Pop Up shop and the AJ online store.